July 06, 2019
It is with a broken heart that I write that Otto died yesterday.  Through my tears, as I held him in my arms and felt his tiny heart beat for the last time, I promised myself that I would write him a fitting epitaph.  This is my effort.

We went back to the pet store the next day and Otto was still there.  When I met him in the sea of other puppies at the store, he was the only one that wasn't barking.  Instead, he calmly came up to me and sat in my lap.  I had heard that one of the ways you test a puppy's temperament is to gently squeeze the skin between his toes, and the faster the dog pulls his paw away, the more anxious, and thus less temperate, is the dog.  Otto never pulled his paw from my hand.  Instead, he just turned his head and looked at me as if to say "What are you doing silly human?"  We brought him home that day.  As our new pup, being a miniature schnauzer, was a German like me, we gave him a good German name. 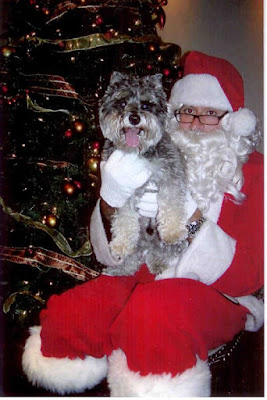 One of the first times we had company after Otto came home, our friend Erikka, who was several months pregnant, came over.  As we sat around talking, Otto made his way around, jumped on the couch, and fell asleep on Erikka's belly.  It was as if he could feel the tiny soul coming into the world and sought, in his small way, to comfort her.  It was a trait Otto never lost.  He had an innate ability to empathize with people in general and Amy and I in particular.  Whenever we were stressed or sad, Otto was there, on our laps, giving comfort and support wherever it was needed.

Otto's life was, to say the least, full of adventure.  When we first moved into our new house, we had a fairly big party.  As our front door opened and closed as guests came and went, Otto would go outside to hang out with people smoking on our front step.  After a few hours, someone remarked, "Where's Otto?"  What followed was a frantic search of the house, a hour-long search of the neighborhood, and Amy printing out 100 "Lost Dog" signs, containing the (unauthorized) offer of a $10,000 reward for his return.  After several hours, we and our guests sat dejected, having not found Otto anywhere.  His fate was revealed at about 2:00 a.m., when Amy's phone rang with the news that Otto was on his way home.  In contrast to our night of panic and sorrow, Otto had made his way across five lanes of traffic, to the Double Door, a local music venue.  Once there, he was taken in by a manager, where he hung out back stage, ate treats, and entertained the staff.  The manager brought him home around 2:30 a.m.  Otto came in full of smiles, having had a great night out.  We collapsed in relief. 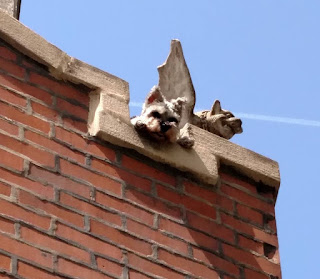 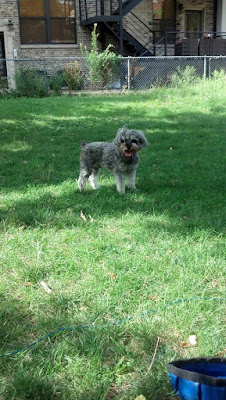 Otto brought joy and happiness wherever he went.  He was an instant star of our neighborhood, travelling by way of his custom "Otto-mobile," a baby trailer Amy would tow behind her bike.  His favorite place was always the P-A-R-K, where he would chase his B-A-L-L until he was exhausted.  (Even as I write this, I still cannot think of saying "park" and "ball" in front of Otto, as he knew exactly what those words meant.)  Otto went with us everywhere. 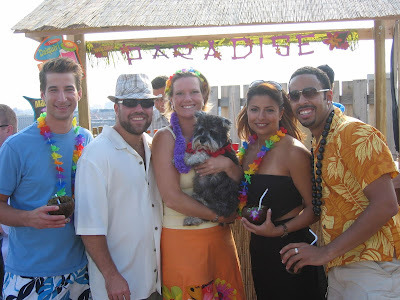 Otto's zest for life was not always without consequence.  A three-night hospital stay followed his eating a pound of raw bacon.  A four-night hospital stay followed his eating two weed brownies.  The latter, while earning us the judging look of our local veterinarian, also secured his reputation as the ultimate party animal among the vet techs at the hospital.  When I went to pick Otto up after his stint in rehab, the scathing look from the vet was followed by the face of the smirking tech, who offered: "Dude, it was the funniest thing I've ever seen in my life.  Every time I took him to pee, he would just slowly fall over, straight-legged, into the snow.  I've never seen anyone so stoned."  According to my calculations, Otto had ingested the equivalent of 22 brownies in a normal human.  He left the hospital that day with a slight glimmer in his eyes and a newfound love of Jimi Hendrix music.

But perhaps for me the singular event of his life occurred when he was brutally attacked by a large dog in our neighborhood.  He underwent a seven-hour operation wherein the surgeon opened his abdomen and individually stitched 42 holes in Otto's stomach, intestines, and bowels.  During his operation, Amy and I didn't know whether Otto would live or die.  It was during that time that, for the first time in many years, I knelt and prayed to God to save Otto's life.  I promised God that should he see Otto through this, I would be there with Otto on his last day, no matter the circumstances.  God heard my prayer and I kept my promise. 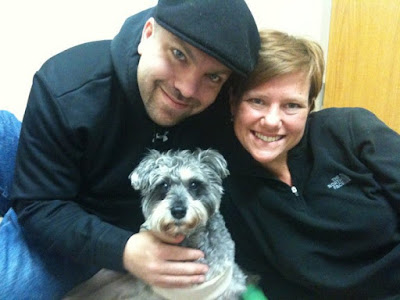 It was also during this time that I discovered the following unattributed quote, which I thought about many times thereafter:


He is your friend, your partner, your defender, your dog.
You are his life, his love, his leader.
He will be yours, faithful and true, to the last beat of his heart.
You owe it to him to be worth of such devotion.

During Otto's recovery from that attack and subsequent surgery, I was worried that Otto would be changed, that he would fear other dogs, or that he would not be as kind or loving.  But Otto never missed a beat.  I like to think that he forgave his attacker, and did not let the experience change him or who he was.  Otto remained the same empathic, kind, and loving soul he always was.

Otto and his little brother Toby came down with us to the Turks and Caicos Islands to build our new life and the Banyan Inn.  A little known Banyan Inn fact: when Amy and I started to think about retiring and running a bar together, the original name of the idea was "Otto's Place."  We wanted our place to reflect the love and kindness Otto had in his heart.

Otto enjoyed the last years of his life as an island dog.  Although his eyesight faded and his steps slowed, his penchant for cheating death remained: two inadvertent falls into swimming pools, an unplanned swim in the canal, and, following the hurricane and the destruction of our septic system, a not-so-brief swim in a five foot deep tank of raw sewage.  The latter of which required a dive into said sewage tank by yours truly.  The subsequent 30 minute hot shower was as relieving to me as it was irritating to him.

On the last day of his life, Amy and I knew it was time.  Otto had been suffering from seizures which had been growing in frequency and intensity.  Following his last seizure, he had a time of lucidity, which we used to take him to the vet.  As Amy and I held him for the last time, I found myself thinking about the quote that I had discovered years before.  Otto was indeed faithful and true to me until the last beat of his heart.  In his eyes, I was indeed his life and love.  But I found that through recent personal trials, I was not worthy of his devotion.  In response to attacks, I responded with thoughts of retribution rather than forgiveness; when faced with adversity, I responded with hate instead of love.  In sum, I had acted the opposite of what Otto would have done.  As I felt Otto breathe his last, I vowed that I would keep him forever in my heart, to remember the words of that quote, and to strive every day to be the man who Otto knew me to be, and to be deserving of the love and devotion this small soul had given me every day of his life.

This was the sunset on the last day of Otto's life: 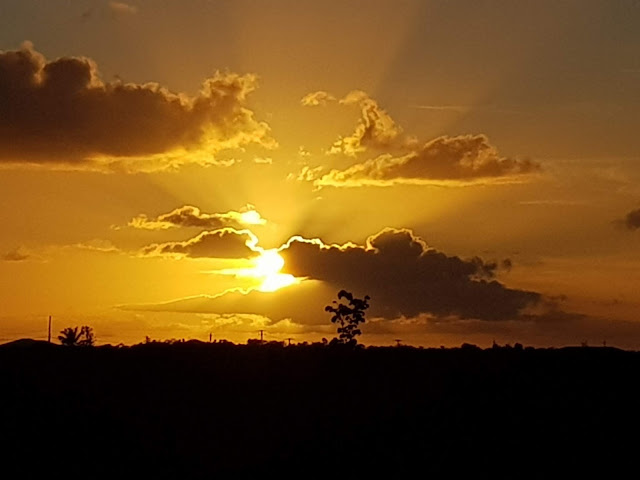 So friends, hug someone that loves you dearly today.  Let them know that they are your love and your life.  And as importantly, see yourself through their eyes, see the person they know you to be, and strive every day to be that person in thought, word, and deed.  You will then truly be deserving of their wonderful gift of love, and the world will be a better place.  Otto would approve.