Showing posts from June, 2018
Show all

The Fury of a Patient Man 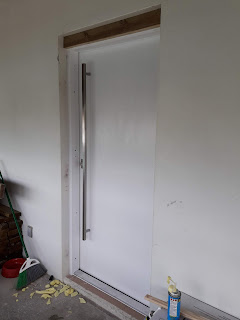 "Beware the fury of a patient man." - John Dryden "Rage is caused by a conviction, almost comic in its optimistic origins, however tragic in its effects, that a given frustration has not been written into the contract of life." - Alain De Botton "Sometimes, you have to get angry to get things done." - Ang Lee It started innocently enough.  I was set to begin construction on the deck furniture.  I had been looking forward to the day for quite some time, simply because the heaviest thing I would have to lift for the next several days was a 25 lb. board.  Compared to the heavy things involved in the pool construction, this was basically going to be a week's vacation.  I was also looking forward to the furniture construction because it was something, out of the last dozen projects, that I actually knew how to do. As I walked out of the hut in the morning, stretching and ready to take on the day, Amy tells me that the water to the outside water tap
Post a Comment
Read more
More posts